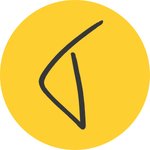 The "Tinus" in Studio Tinus comes from Martijn Straatmans childhood nickname, that stuck among his friends and family.

During those early days he also spent some time in his grandfathers workshop who was a master carpenter.

This peaked his interest in craftmanship.

Later his grandfathers down-to-earth work ethic motivated him to open his own studio.

In Martijn's point of view design should cause friction.

His designs are straight forward and when an idea sparks, there is no compromise in executing it into a finished product. In doing so he wants to lead the material into a direction where he thinks it should be.  This goes from giving it time to develope the purpose of the material, to working on a motive where the design is instantly clear.

by Designer Martijn Straatman, after he moved to Vienna in December 2018.
Graduated from Sint Lucas Boxtel in 2014 and in 2018 he graduated from Design Academy Eindhoven.

Currently located in the house of Burggasse 98, Vienna.